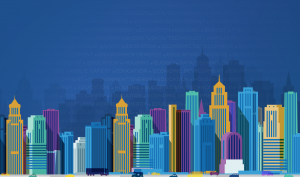 The Rising Power & Ongoing Powerlessness of Cities in International Politics

One of my current research projects examines the rising influence and assertiveness of cities in international politics in the context of their ongoing powerlessness under both black letter international law and the prevailing Westphalian international world order.  Cities are increasingly being recognized as important global actors, with critical perspectives, a wealth of valuable experience, and useful insights to contribute to international policy discussions. Cities and city networks are beginning to participate alongside nation-states in international political forums and in certain policy making discussions, and their importance is, in certain instances, being codified in international instruments and agendas, such as the UN Sustainable Development Goals (specifically, Goal 11).  They are converging together to form strong and politically savvy networks, such as United Cities and Local Governments and C40, and they are linking up with powerful and influential international organizations, such as the World Bank and the IMF, to ensure that their voices and perspectives are heard at the international level.  Despite these realities, cities nevertheless remain formally and structurally powerless with respect to black letter international law and the international world order, both of which were created by and for nation-states.  My current research is exploring these dichotomies and changing realities, and the ways in which cities are leap-frogging above and around their federal governments to operate autonomously at the international level. 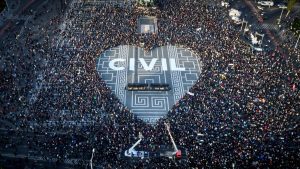 My dissertation asks: Why are an increasing number of democratic states, including long-standing, consolidated democracies, traditionally the champions and funders of civil society, adopting laws that reduce civil society organizations’ (CSOs) autonomy from the state?

This perplexing phenomenon is part of a broader global trend to subject CSOs to greater government control, which began in earnest at the turn of the 21st century and has been gaining momentum and intensity ever since.  A variety of illegal and extralegal tactics are used by states to minimize the influence and independence of CSOs around the globe, but the modern tool of choice appears to be the law.  In an increasing number of states, representing all regime types, in all regions, with all levels of economic and military strength, civil society’s autonomy is being slowly chipped, and in some cases entirely stripped, away through the passage of specific types of laws: law restricting CSOs’ ability to form, operate, assemble, receive tax benefits, and access funding, particularly foreign funding.

Interestingly, these laws seem to be contagious: they are not only slipping across borders, but leaping across regions and transcending continents, to influence the legal contents of laws in far flung countries.  They are not only appearing in authoritarian countries, but (increasingly) in democratic states too, including fully consolidated democracies: India, New Zealand, Spain, Israel, Hungary and Poland, just to name a few.  While their appearance in authoritarian countries is predictable, their passage in democratic states is puzzling.

Based on an original dataset compiling all laws impacting CSOs in all democratic states from 1990-2018, my dissertation will trace the rise, spread, and extent of restrictive CSO legislation in democratic states throughout the globe. In addition to creating a novel way of coding laws based on their level of restrictiveness, my dissertation will also attempt to isolate the triggering factors that compel states to adopt such laws, evaluating whether domestic or international-level factors, or some combination of both, can explain (and therefore predict) their existence.  In the course of assessing this global phenomenon, I hope to highlight the important roles played by CSOs in world politics and contemporary international relations. 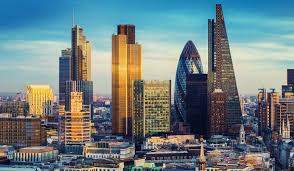 The Role of Cities in International Relations

I am the principal investigator on a project entitled City Networks, Global Governance, and the Global Parliament of Mayors.

The Global Parliament of Mayors (GPM) convenes for the annual summit in Bristol, UK in November, 2018. During this summit city network leaders will gather to discuss shared priorities and strategies for maximizing their effectiveness on the global stage. This project is designed to assist the GPM to prepare for this historic gathering, to facilitate a productive conversation among network leaders, and to and scope out a plan of action for more cooperation and collaboration among networks. The project will culminate in a joint White Paper between Georgetown and the GPM.

This research project has many exciting components.  The key ones include: Mapping the scale and breadth of issues covered by existing city-to-city networks, providing a visual overview of the “city network landscape,” and completing a white paper that analyzes the different functions these networks play in global governance.